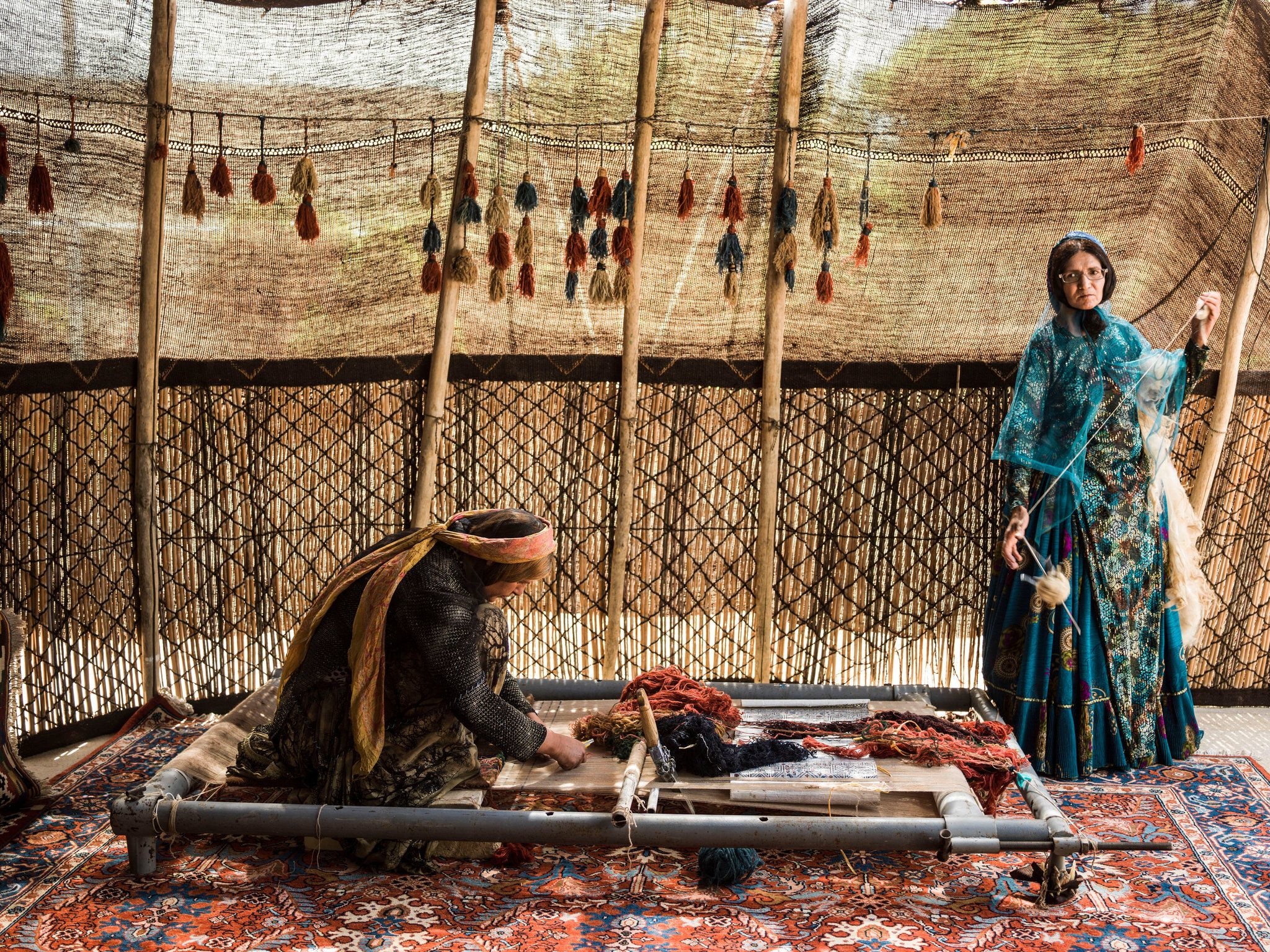 Where is Chahar Mahall Bakhtiari 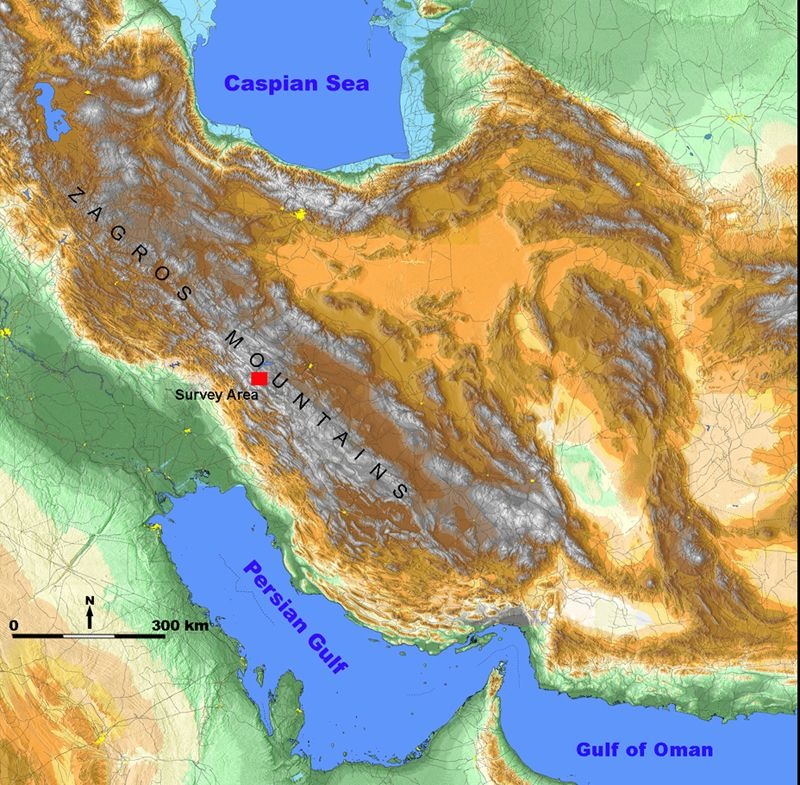 The Bakhtiari people live in western Iran high up in the Zagros mountains west of the city of Isfahan. Some of the Bakhtiari people continue their nomadic lives tending and leading their herds of sheep between pastures. Farming sheep is the most important job for the nomad and the whole family involved with the animal's care. The men and boys guard the animals wisely women and girls take care of shearing the sheep and then carding and spinning the wall. Out in the countryside, it is possible to see the mud huts and the nomadic tents made of goat’s hair. Other of the Bakhtiari people live in the settlements as farmers or artisans.

Bakhtiari rugs and other weaving associated with the Bakhtiari tribe fall into two groups. The First of which can be described as ‘tribal’ and the second as ‘Workshop’. The Bakhtiari like many of the other great tribal 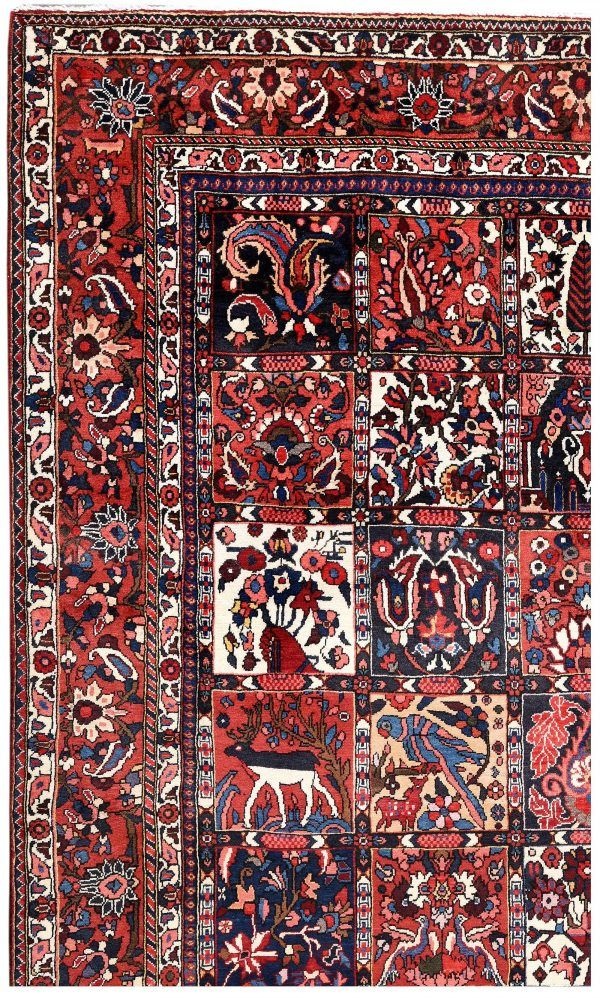 groups of Persia were formed into a confederation in 1867 under the leadership of an Ilkhan (supreme khan or leader); the particular Bakhtiari sub-tribe from the Ilkhan, the Zarasvand, were already very wealthy by this time, owning large amounts of the Chahar Mahall Valley to the east of the Zagros Mountains and also great areas to the west of the range around the town of Shushtar.

The ‘tribal’ weavings of the Bakhtiari consist not only of large and extremely ornate saddle-bags and other similar woven containers but also superb rugs are woven on wool foundations, some of them very large; compared to the workshop Rugs, the wool-based pieces are rare. Workshop rugs, although also often of magnificent quality and sometimes huge, can be distinguished from the ‘tribal’ Pieces by the fact that they have cotton foundations these were made in workshops of various sizes in the hundreds of villages in the Chahar Mahall Vally owned by the Great khans of the Bakhtiari, as well as in towns in the same region, such as Shahr Kord and Salamzar, which they also owned. In the first part of the twentieth century, when oil was struck on Bakhtiari land and the great Khans owned a share of Persia’s oil revenues, their enormous wealth enabled them to ensure that only the finest materials were used for Bakhtiari rugs. Many such pieces bear inscription stating that we’re woven to the order of a particular Khan, all of whom built huge mansions and places throughout the Chahar Mahal and elsewhere in the late 19th and early 20th centuries. 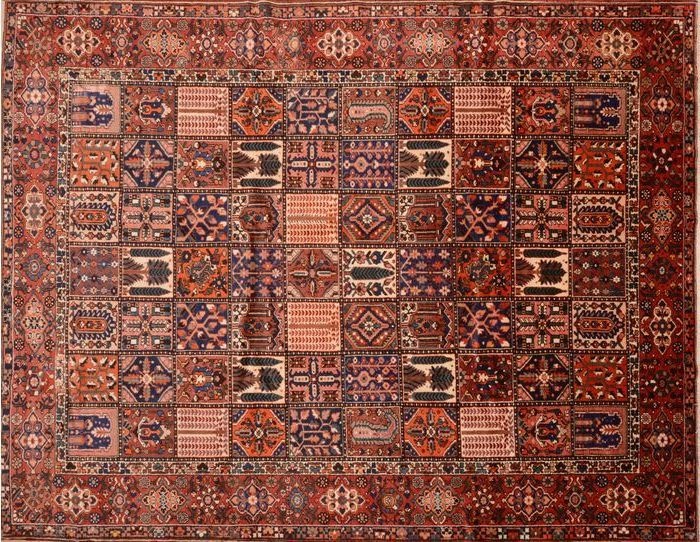 A number of well-known Designs are associated with the Bakhtiari, including the so-called ‘Garden’ or ‘Gardens tile’ pattern of rectangles containing different motifs arranged all over the field, rugs with trees and flowers, and rugs with large Central medallions of ornate shape surrounded by flowering branches. Most Bakhtiari rugs, whether tribal or Workshop, are dyed entirely with vegetable colors; red-brown, blue and beige colors also occur depending on the pattern and the motif, they died in the wool naturally with plants and minerals, and are among the most splendid and vivid of all nineteenth and early Twentieth Century Persia weavings. The Turkish knot is always used. These carpets can be used everywhere. They are very good and well-suited for placing furniture on, having chairs pulled back and forth are no problems.

Bakhtiari rugs are woven on large vertical looms made with steel frames. The tools they use are simple; a knife with a hook for making the knots, a pair of scissors for cutting and a comb of heavy metal to brush down and merge the rows of knots. The symmetrical knots they use are also known as the Turkish method. In artilias or dedicated workshops a weaver follows a pattern laid on a graph paper. They take a piece of yarn thread it around to warps and then tighten the thread and cut off the excess before choosing a new color. The weaver continues until the line is finished then she sets a number of weft threads and in the warp sets them all together using the heavy comb.

A skilled weaver can do anywhere from seven to nine thousand knots in a day. The knot density of nomadic Bakhtiari rugs ranges from 90 to 120 thousand and in the workshops they can reach 150 to 300 thousand knots per square meter. To wave a rug of 6 square meters can take 6 to8 months for two skilled weavers. When the weaving is completed the fringe is trimmed after which the carpet is washed and laid out in the sun to dry, it is then sold at one of the many bazaars.