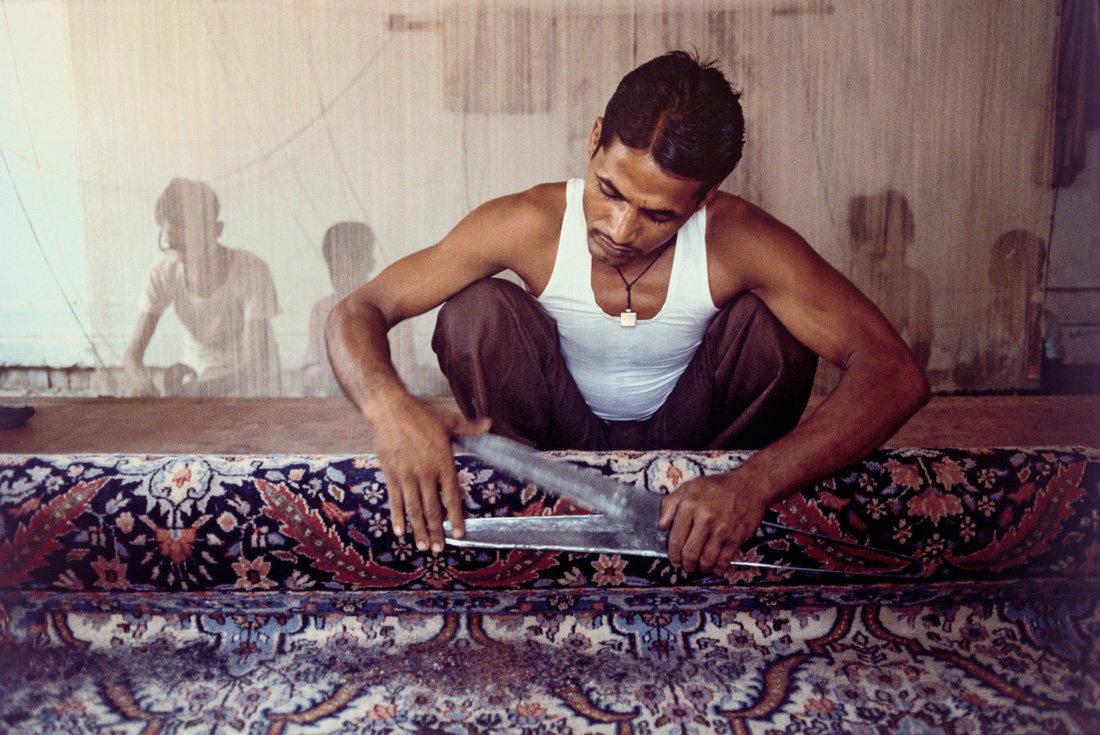 The climate of India was less congenial to the necessary requirements of a carpet industry than the high Persian plateaux. Besides, the palaces of the maharajahs with their brilliant ceramics, their exuberant decoration, and architecture presented a less sympathetic setting to the delicate shades of the carpets. This explains why the Mongol invaders in the first half of the 16th century discovered there neither weaving centers nor professional carpet-workers. In 1526, Babur, great-grandson of Tamerlane, founded the Empire of the Baberides or the Mogul dynasty. The most illustrious of these was Emperor Akbar (1556–1605), who, according to the historian Abu'l-Fazl ordered all sorts of Persian carpets at the time of his accession. Emperor Akbar, envious of the golden age of the Safavids, thus decided to institute an industry in his capital of Lahore which would rival that of Persia. And so he had two hundred Persian artisans brought to him, so they say, with their families and had them looked after with the utmost attention. Abu'l-Fazl recounts further:

"His Majesty has encouraged the production of carpets of a wonderful richness because he has employed expert workers who have produced masterpieces... At this time, one finds carpets at Lahore, Fatpur, and Agra.."

From the reign of the son of Akbar, Jahangir, the town of Mirzapur, in the province of Agra also produced carpets with clear local influences, but it seems that these examples were made especially for Agra. As usually happens, the Persian artisans transplanted to India brought with them their own customs and styles. But the influence to which they were subjected, being in a very different environment, and the desire to please their new masters gave rise to a phenomenon of osmosis. 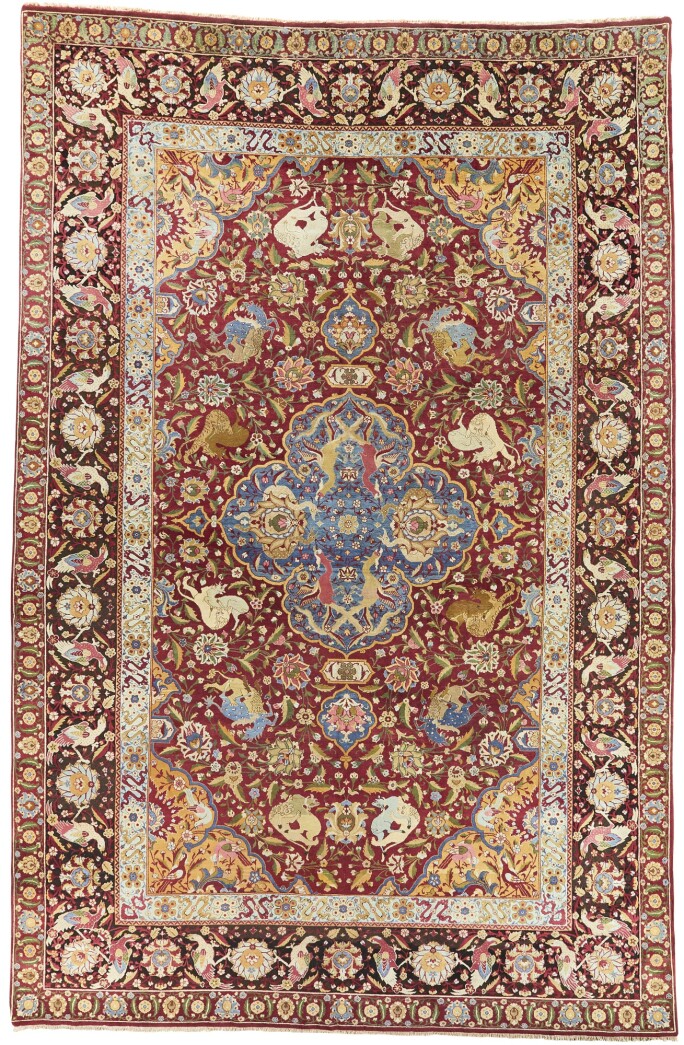 There existed notable differences between the Hindu carpets and the Persian types when they encountered each other at the frontiers. In Indian carpets a more rigid and distorted outline is noticeable, a tendency to deform the plant motifs, and flatter colors because of a quality of wool rougher and less well prepared than in Persia, it was consequently less receptive to the dyes. A common theme is that of a gate covered with flowering branches or vine branches in monochrome. Or again, the landscape is conceived as a picture, very detailed as in the miniatures with lakes and trees covered with all kinds of birds, pheasants, doves, and so forth - executed with extraordinary ornithological precision. Fantasy blends with naturalism. The borders often contain the palmette, the traditional motif of India, alternating with human masks. There are numerous carpets in which the Hindu and Persian influences are so intermixed that it is impossible to state whether they were made in Persia to be sold in India, or in India by Persian artists. These often very interesting pieces are hybrid in this respect, so that they have been christened, once and for all, "Indo Persian carpets." One can merely mention that the examples made in Persia are occasionally of a tighter weave and of more silky wool.