Isfahan is the second-largest city in Persia. Its golden age was in the seventeenth century when Shah Abbas the Great made it his capital. The city has approximately 2 million inhabitants and is located roughly 340 kilometers south of Tehran. It is one of Iran’s most beautiful cities and is a major tourist attraction. It has one of the most famous bridges named 33 arches or the 33pol. It is by far the longest bridge in Esfahan at 295 meters. Naghshe Jahan square also known as the Imam square has been designated by UNESCO as a world heritage site. Buildings from the Safavieh era surround the square. The grand bazaar stretches from Imam square for many kilometers to another section of the city. In the bazaar crafts of all kinds are shown and a wide variety of products sold; from food and clothes to gold, jewelry, and carpets that are not just made in Isfahan but also from surrounding areas such as Bakhtiari. 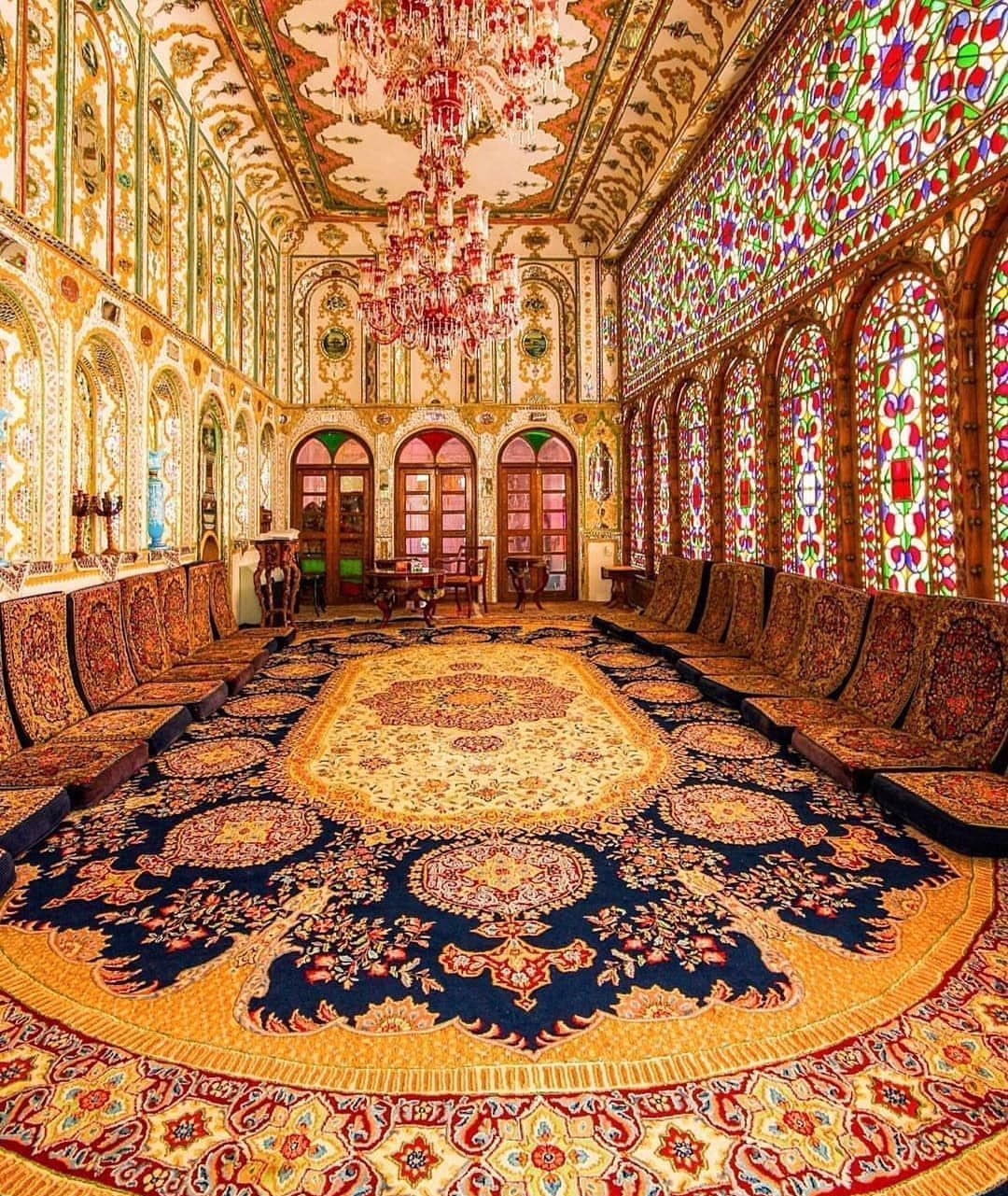 During the Safavid period, carpets from Isfahan were reputed to be amongst the finest in the world. of particular renown were the so-called "polonaise" carpets woven in the Shah's own Factory.These were usually made for presentation to European rulers, and so were of very high quality, often woven in gold and silver thread. Production ended in the eighteenth century when Afghans invaded and did not recommence until 1910.

All about Isfahan rug 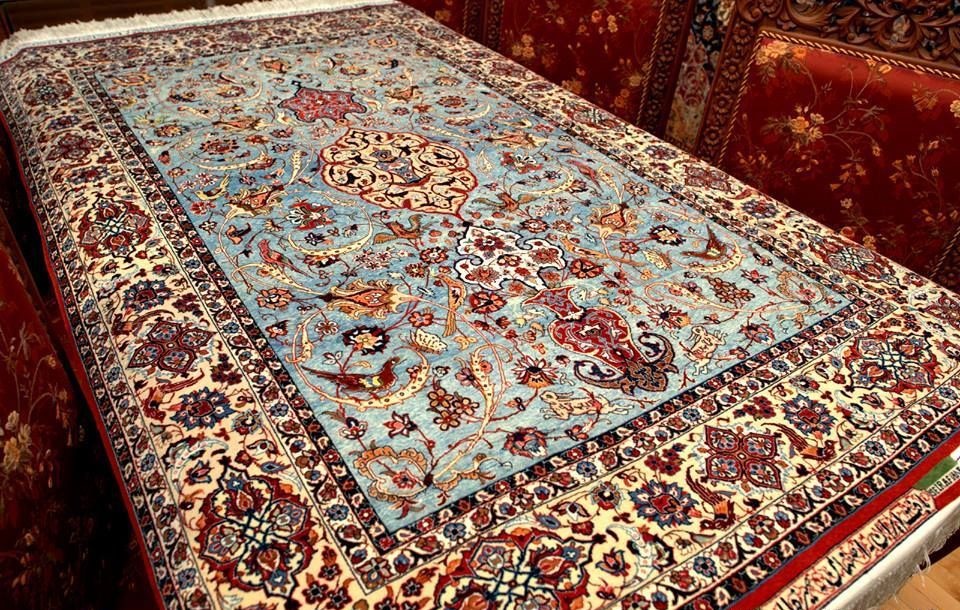 The skilled weavers of Isfahan rapidly re-established the city's reputation. They now produce rugs of great delicacy, with finely worked designs and harmonious colors. Symmetrical designs predominate, and birds, the Tree of Life, vases and prayer arches are the most popular patterns. The rose is the emblem of the people of Isfahan. The pile is cut very close to show off intricate designs to their best effect. 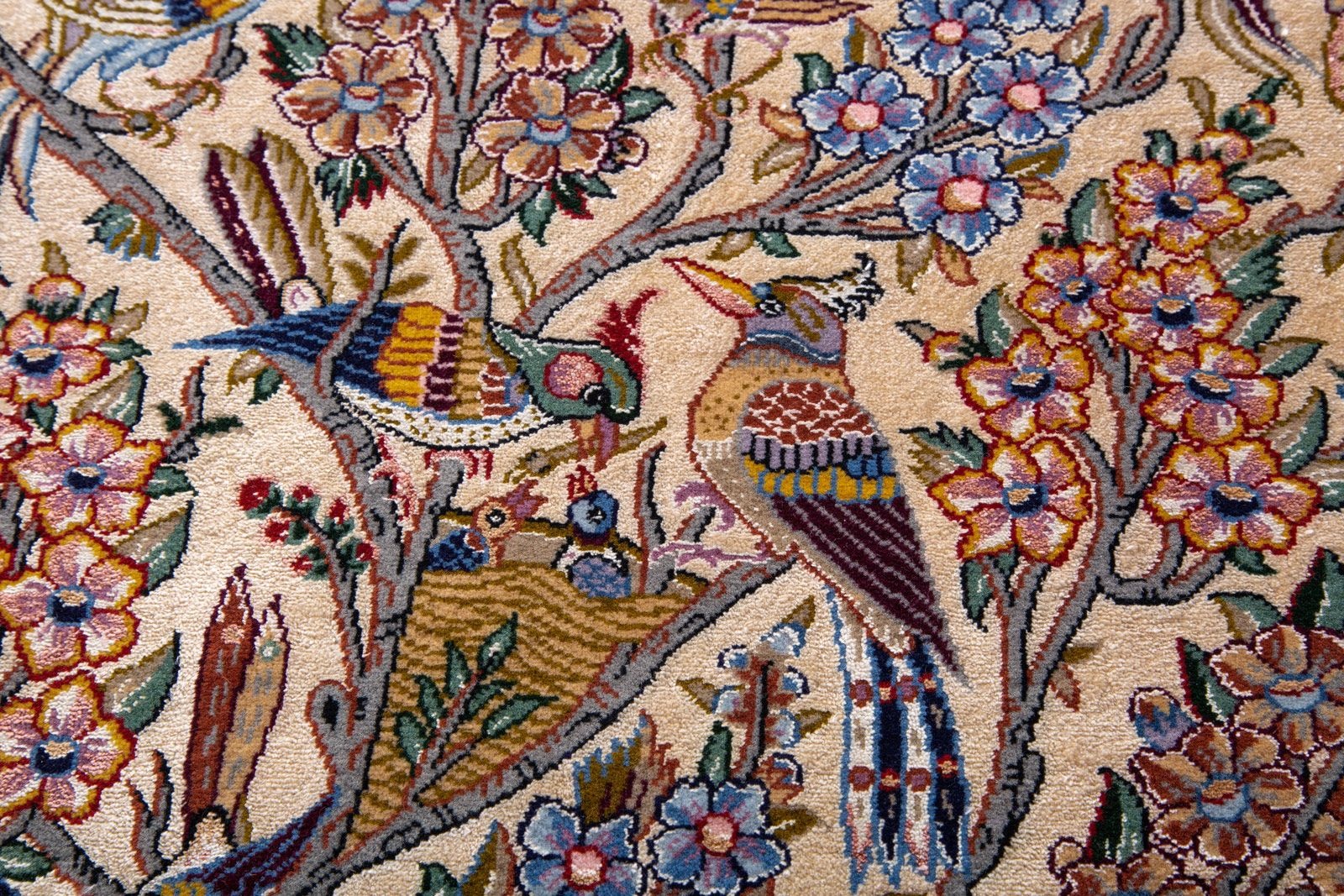 The most common sizes are 6’10 x4’3 and 5’5 x 3’3, although small rumblers of very large carpets are woven to the commission. It can take many years to complete and are consequently very expensive. Most Isfahan rugs command relatively high prices because of their skilled workmanship. Warp and Weft threads are made of silk and cotton. Rugs are woven with the Persian knot. 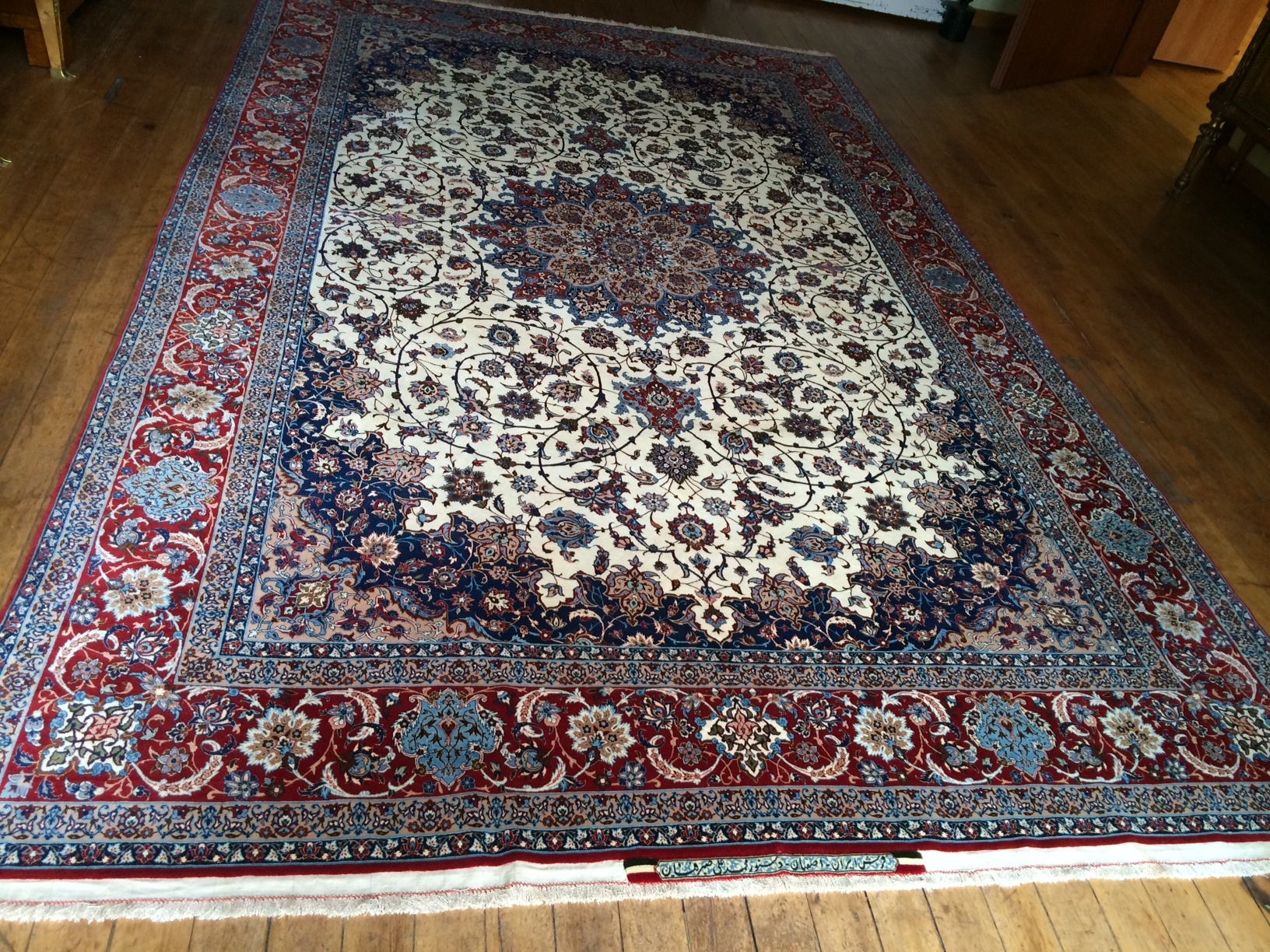 They use three basic tools; a knife with a hook on the end, a pair of scissors and a heavy comb. The main characteristics of Isfahan are the frequent use of silk in the warp, weft, and pile. silk or cotton is used for the foundation and sometimes the patterns themselves are clarified with the use of silk. The pile of the carpet which is cut short has a velvety texture due to the type of wool used and often has a cream background. The design on the rugs usually consists of medallions vines and palm trees. The pattern richness reflects the beautiful tiles and mosaics found within the city’s mosques. the use of Persian knots allows for a high knot density which makes the patterns appear in razor-sharp clarity. The weavers use an upright vertical loom over which they hang the bulls or skeins of all that they will be using. The pattern which has to be followed rigorously is fixed to the loom before them. The weavers take a piece of yarn and thread it around to warps before pulling it tight and cutting off the excess. The process requires patience and once the entire row is completed, layers of weft are threaded between the warp before the weaver compact so weft and the knots together using the heavy comb. Experienced weavers using only the high quality of materials and detailed design weave Isfahan rugs in organized studios and workshops. The most renowned of which to sign their rugs in either the workshops or the artist’s name. The knot density varies between 300,000 and 800,000 knots per square meter. A skilled weaver can do 8,000 knots a day. A six-foot-long rug may take three weavers working together up to a year to complete. 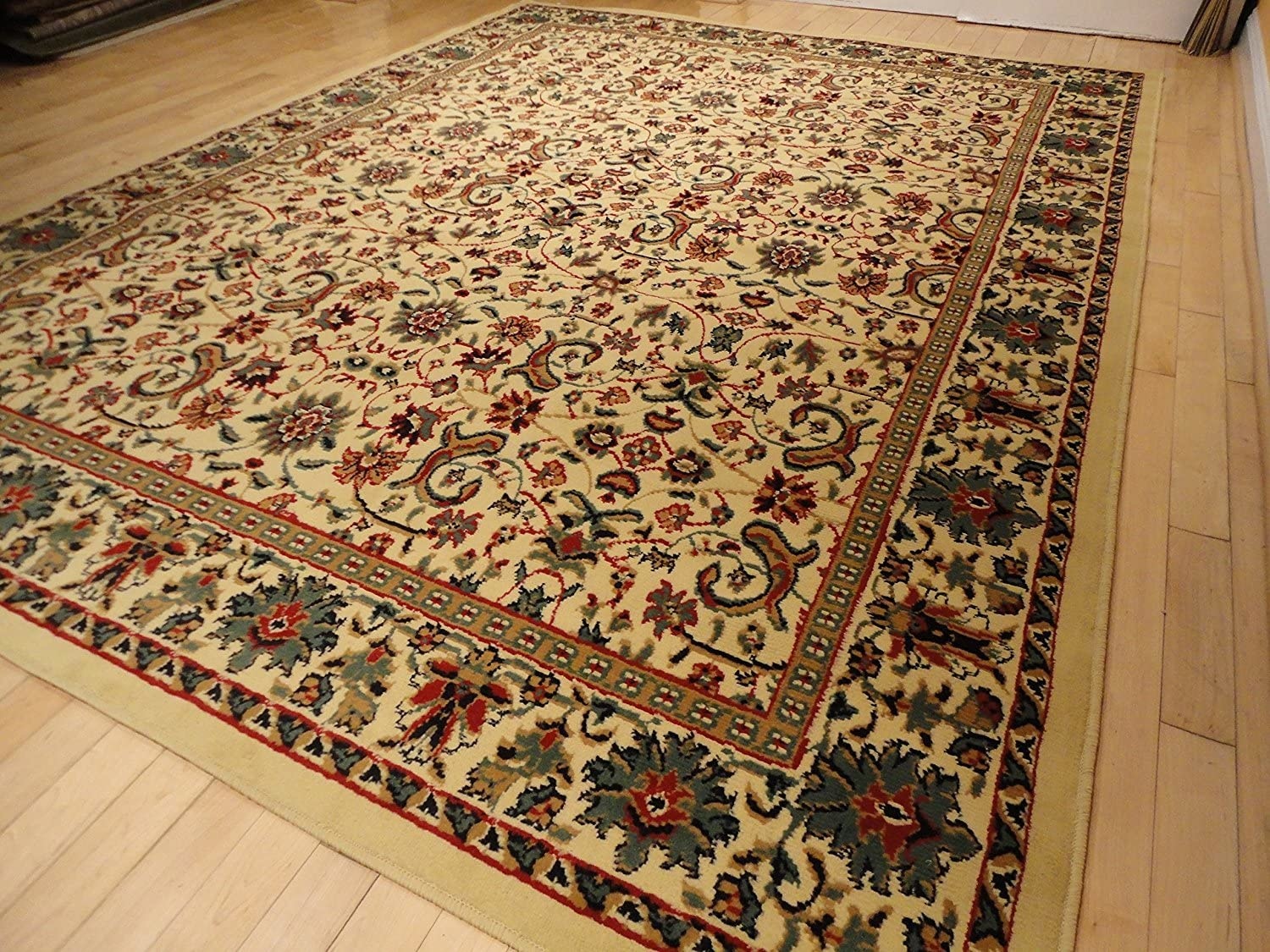 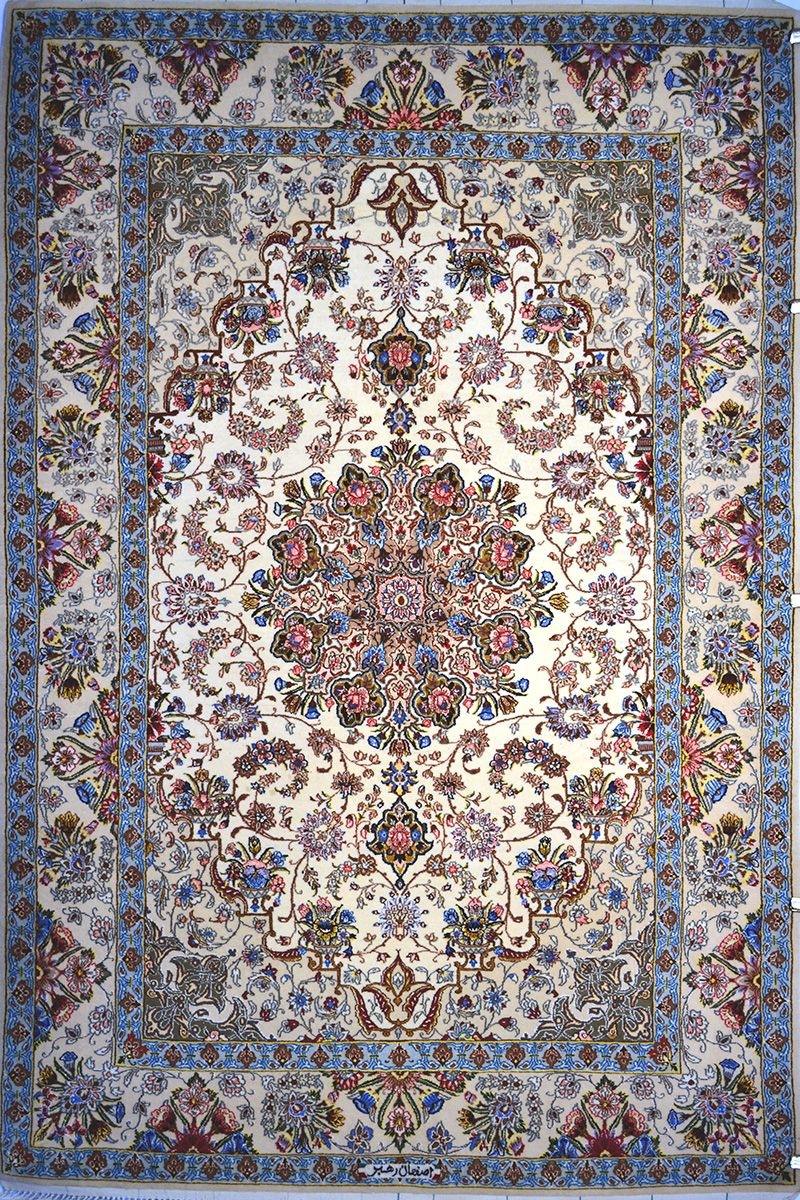