Home/The art of the Anatolian Kilim/Blog 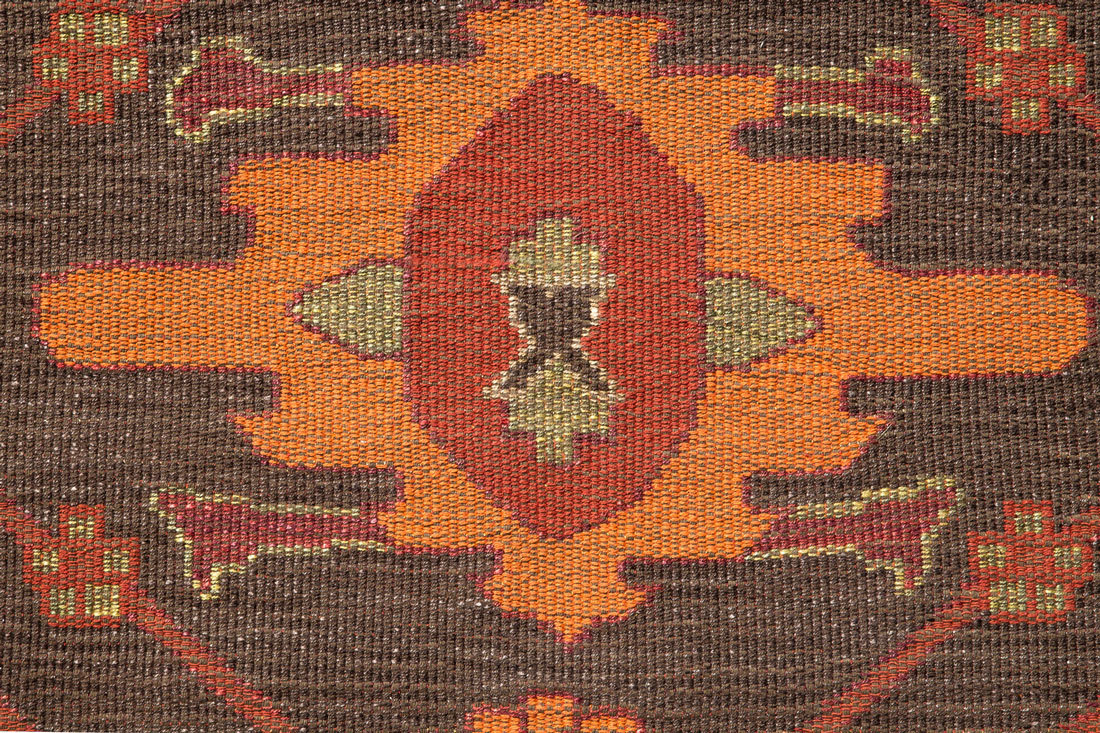 Like modern painting, Anatolian kilims have their own media, forms, and colors. Within the boundaries of this media, Kilims have explored additional forms and compositions where modern painting has not been. Enriched with a subject content of several centuries of mankind's history, reinterpreted in the weaver's own life and cultural context, the Anatolian kilim is part of universal fine art.

We oven for centuries by Anatolia's nomads and villagers, Anatolian kilims were only "discovered" and started to be appreciated by western eyes in the 70's. They have been a subject of active collecting and research in the past 30-40 years and started to enter museum collections both in Turkey and the West. 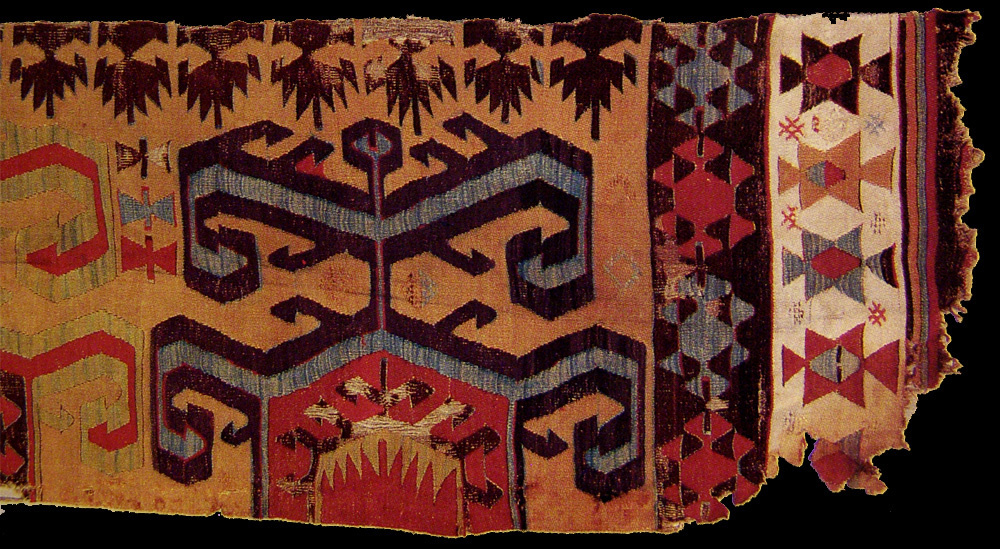 There has been some ethnographic, archeological, and field research work done, and catalogs have been written around nice exhibitions. Scientific attempts to radiocarbon dating have been made. The initial efforts by the early kilim aficionados (Petsopoulos et al..)' were about the general classification of types and the What, and Where. The fieldwork of Hirsch and Balpinar extended the Where to Whom, demonstrating that the weaving communities are more important than the weaving locations, in the historical diversity Anatolia.

The work of the first generation researchers, "picker-gatherers" has earned the kilims the status of a folk and textile art, with its own, unique character. 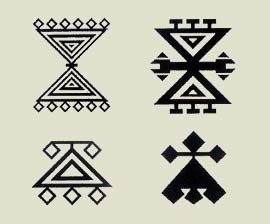 At the same time, in this new field, speculative, mythic, or dealer's and collector's wishful interpretations and theories have been generated. Some of them registered in published books, but some are still very much alive on virtual media and continue to influence and blur the opinions. There have also been theories based on fictive documentation about the links of the Anatolian kilims to mural paintings at Neolithic archeological sites, and to a mother Goddess Although the linkage of kilims to such cult, in continuity since Neolithic times, has been strongly criticized with good argumentation', versions this theory, captured in many publications, still continues to fascinate and tint the view of the kilim today, albeit under modified forms.

All this has contributed to some confusion around the Anatolian kilim, and its understanding by the general public, as well as by the newcomers into the field, in terms of value and appreciation criteria. Today, the overall paradigm is, that there was a kilim Big Bang in a distant past which has created the most genuine, forceful, and beautiful expressions of the kilim. Since then, it has always been a constant decay and degeneration, the closer we approach our time. Therefore, the search for the Grail would be the search for the prototype kilim- if it ever existed!!!

However, right from the beginning, kilims have primarily impressed their admirers with their colors and forms. Several collectors or dealers have acquired kilims based on their feelings about their aesthetics, and only afterward, developed the theories and assumptions about the mentioned symbols and age considerations. Therefore, it is surprising that the debate on kilims' assumed content and symbolism has assigned their aesthetic qualities to play second fiddle.

These textiles made in the existential context of the nomads and villagers, definitely carry expressions of old traditions and remnants of mankind's early symbols. They have also witnessed an important moment in the life of their anonymous weavers, each one interpreting the inherited canons with her own hopes and fears, in a very individual manner.

While developed and refined through tradition, Anatolian kilims have also reached the quintessence of form and color. The point we would like to make through this article is, that several examples of the Anatolian Kilim transcend the scope of folk or textile art and rise in their aesthetics to the level of universal pictorial fine art. In that context, their aesthetic can be best uncovered and valued by comparison with impressionist, early abstract, or abstract expressionist paintings. In the West, the emergence of modern art required a definite break from the traditional fine arts of the 19th century. On the contrary, Anatolian kilims have achieved the same or even a better level of aesthetic qualities through centuries of refinement in symbolization and abstraction by the civilizations of Anatolia. What truly distinguishes the Anatolian Kilim from other tapestry forms is not so much the technique as the level of abstraction. Old tapestry fragments from Rome or Greece are usually more “descriptive", as well as the ones from the Renaissance or Baroque periods. 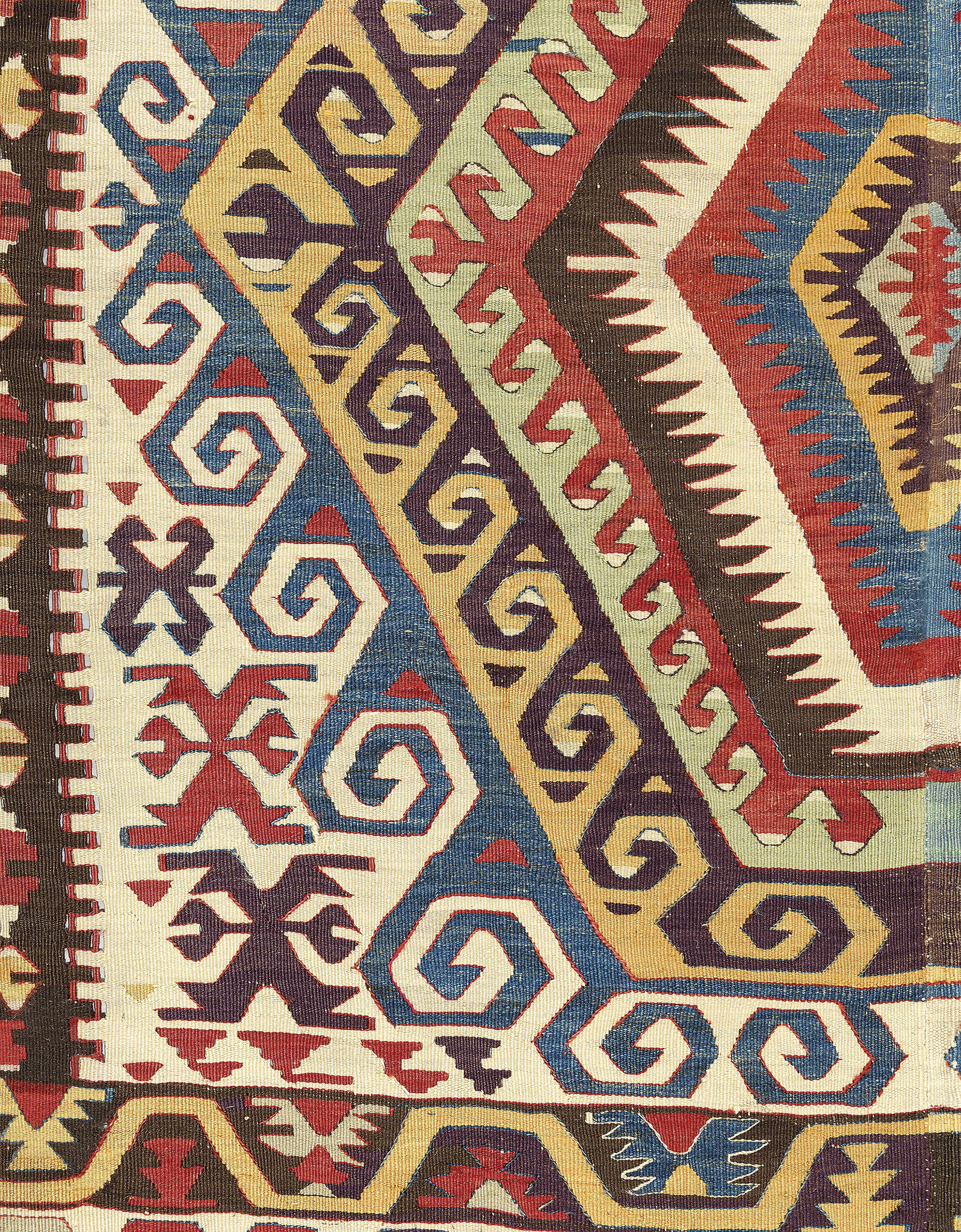 The use of symbols in kilims led naturally to a long tradition of abstraction. Why? Because ultimately, abstraction offers the possibility to make perceptible "realities that we can neither see nor describe, but feel the existence", as would the abstract painters describe it later. Therefore the abstract tradition in Anatolian kilims has parallels with the modern painting movement that moved away from academic subject forms, and the imitation of nature (or mimesis), to expand the color intensity in larger and freer forms. Although developed in completely separate space and time, both arts pursued the same purpose of moving from the imitation of appearances to the expression of the deeper realities and the essence of the human condition. Today we are able to perceive and appreciate the aesthetics of the Anatolian kilim thanks to the educated eye we have gained from the Modern Art revolution in Western painting that started at the end of the 19th century. The imitation of nature, or “mimesis", valued in classical painting schools, is laid aside by modernism by the second half of the 19th century. It gradually starts distinguishing the "imitative or descriptive" qualities in a painting from its "plastic or painterly" qualities.

This dichotomy shapes up with the prominence of the color over the design. Pioneered by Turner in England and Whistler in the US, it finds its true expression with the impressionists at the end of the 19th century. To take the expression of Fernand Léger, the impressionists “reject the absolute value of the subject to give it an accessory value“.

One can still identify the subjects in an impressionist painting but many of their contemporaries, educated in the conventional art school, saw in them a mixture of garish colors with crude and less skillful drawing. The formally described subject will totally disappear with the Abstract Art movement that will come at the beginning of the 20th century. This will be a major revolution in the art of painting. Starting with Kandinsky, Malevitch, the Cubists, and other painting schools of the 20th century, these artists will see "the canvas as a surface covered with colors arranged in a specific order". This view will even lead to abstract minimalist monochromes.