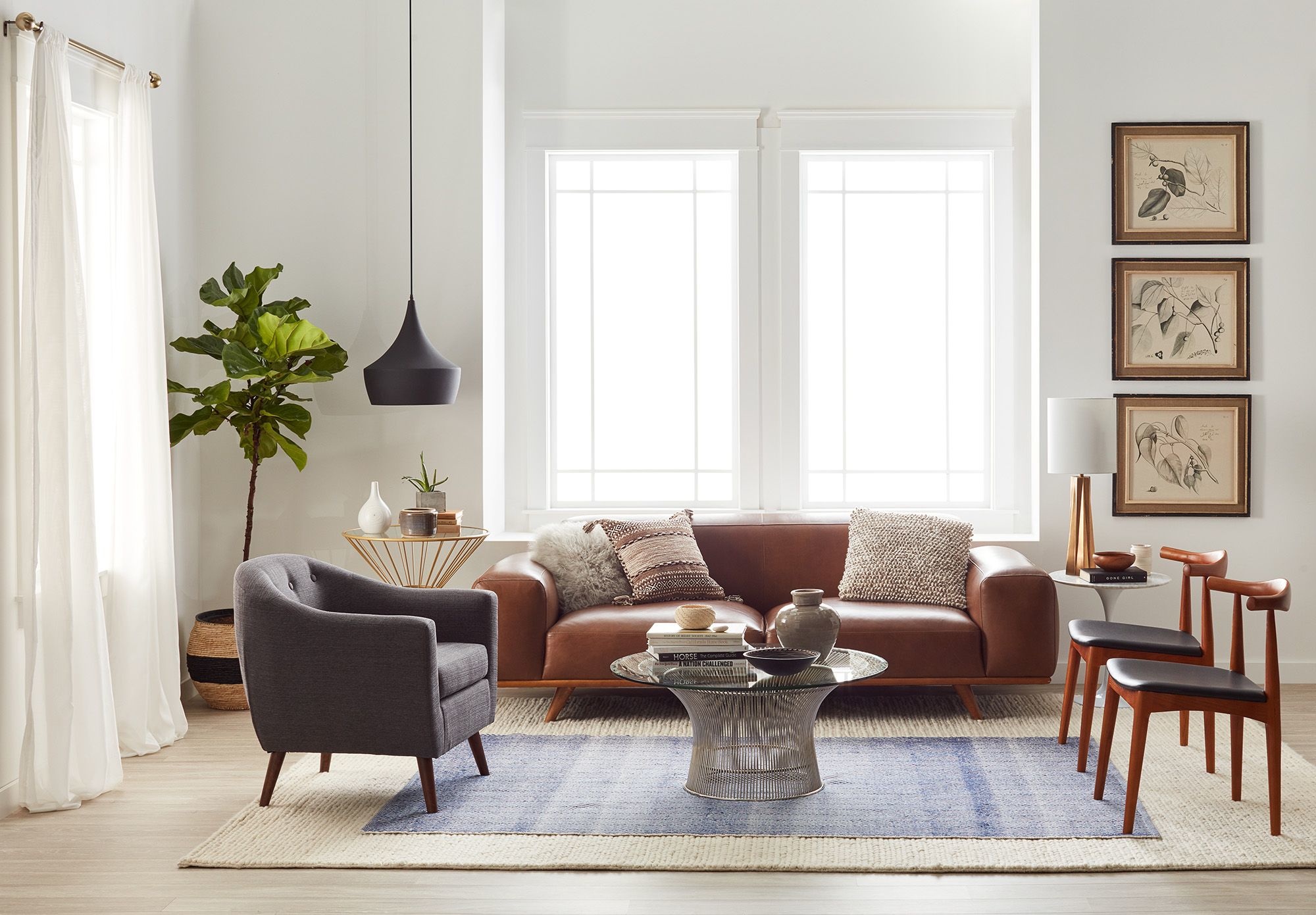 CRAB TREE FARM was established in 1905 by a Chicago sugar broker, Scott Sloan Durand 18691949 and his wife, Grace Garrett Durand 18671948 Situated on 250 acres of land beside Lake Michigan, the Durands acquired this pre-existing dairy farm from Judge Henry W. Blodgett, and subsequently moved their operational Lake Forest dairy there.

After the original buildings were destroyed by fire in 1910, Mrs. Durand hired the Chicago architect Solon Spencer Beman (1853-1914) to design new ones, which were considered state of the art at the time. Beman combined a variety of styles in the Crab Tree Farm complex; one recognizes a combination of Scandinavian components, California 'Mission' aspects, and South African features in the buildings. In the 1920s, the farm was acquired by Mr. and Mrs. William McCormick Blair. Then, some thirty years ago, the property was bought by the philanthropist and art collector John H. Bryan, then CEO of Sara Lee Foods. When Bryan took possession, Beman's composite of architectural styles allowed him the freedom to furbish the farm buildings with original Arts and Crafts furniture and artifacts, whether English or American, in keeping with the movement's philosophy of reintroducing past concepts and styles Bryan and his team undertook a lengthy and wide-ranging study that encompassed everything written in Gustav Stickley's influential The Craftsman magazine 19011916 as well as in subsequent research, in order to furnish these Arts and Crafts buildings with an authentic collection of Stickley furniture and other artifacts. Existing Stickley homes in Syracuse, New York, and Parsippany, New Jersey, were included in this all-inclusive study while the buildings were being refurbished. Thus the carpets and rugs used in the Bryan Arts and Crafts buildings at Crab Tree Farm reflect direct connections to Stickley and The Craftsman as well as to the idea of the 'ideal interior'. The floor coverings at Crab Tree Farm are presented in Arts and Crafts Rugs for Craftsman Interiors by Linda Parry and David Cathers. Published by W.W. Norton & Company in association with Crab Tree Farm, and printed in Germany by Engelhardt Bauer, this is a beautiful volume with spectacular photographs by Craig Dugan Hedrich Blessing. Peter Frahm and Jamie Stukenberg. Many of these photographs feature John Bryan's Arts and Crafts carpet collection in period settings at Crab Tree Farm, while others document the carpets individually with comparative photos in generous layouts.

A 1910 quotation from The Craftsman that faces the book's frontispiece sets the tone for the publication, but can also easily be extended to the Crab Tree Farm collection: "[A rug should] be unobtrusive in design so that it helps to give a quiet and harmonious background to the furniture of the room, and its coloring should be soft and subdued, repeating the tones that prevail throughout the general decorative scheme." The material is divided into eleven chapters in which Parry and Cathers, with Diane Boucher, Ann Lane Hedlund, and Dru Muskovin, discuss Gustav Stickley and the Arts and Crafts Movement in the United States; The Rugs of William Morris; The Rugs of C.F.A. Voysey; Donegal Rugs of Ireland; Dun Emer Rugs of Ireland; Rag Rugs of the Arts and Crafts Era; Scotch Rugs; by endnotes, a selected bibliography, paragraphs about the Druggets of India; Navajo Rugs of the Southwestern United States;1 Crex Grass Rugs of Minnesota; and Abnákee Rugs of New Hampshire. The main body of text and illustrations is followed authors, acknowledgments by John H. Bryan, and an index. 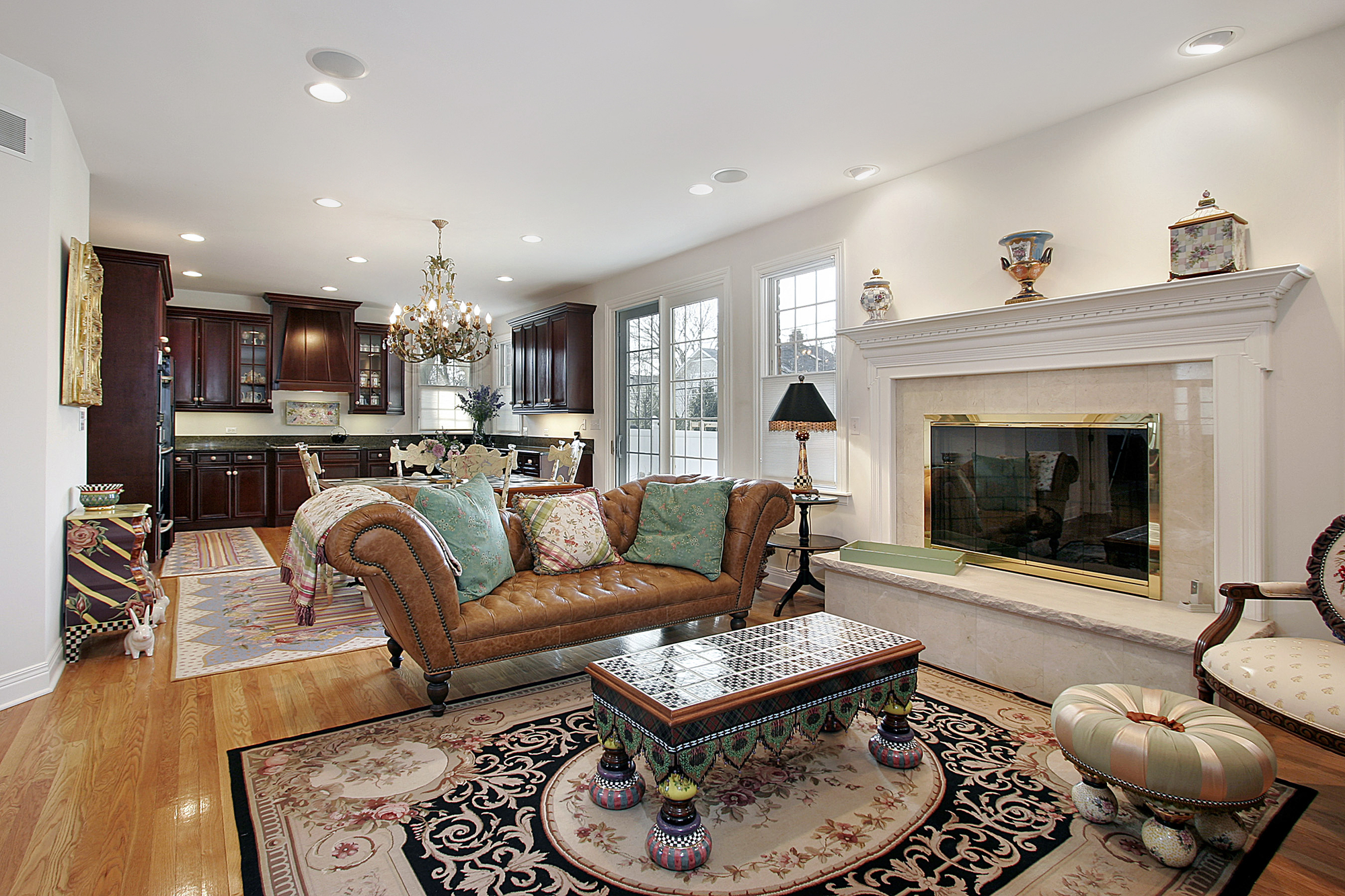 It is perhaps noteworthy that in many of the chapters the term 'rug' is used as a synonym for 'carpet'. Both, in essence, are defined as textiles covering floors, although I, along with many other textile scholars, have always distinguished between the two. Those who use the term 'carpet' for floor cover usually connect their definition with examples of more sophisticated designs and structures, while the term 'rug' is generally used for simpler floor coverings, such as those made by nomads or those made out of rags during American Colonial days.

Both British and American carpets/rugs are addressed. This gives an overview that would not usually occur in either a strictly British or American study of Arts and Crafts floor coverings, and it is fascinating to see a healthy mix of one or the other type in John Bryan's period settings. As the chapters are clearly defined by the country, the division is ordered, and the book presents far more than the title might lead one to believe. It Is actually an international volume on carpets and rugs that existed while the Arts and Crafts period flourished and its various axioms were addressed.

Of equal importance is the fact that throughout the book The Craftsman magazine is used as a source of pertinent information and specific references. Founded in 1901 by the New York furniture manufacturer and retailer Gustav Stickley, a leading Influence in the development of the American Arts and Crafts movement, this extremely valuable monthly magazine was published until 1916. It focused on and discussed the architectural concepts of houses of the period, featuring floor plans, elevation drawings, and furnishings to be considered to be proper and typical.

One such was the plan for a bungalow designed by Harvey Ellis (1852-1904) an architect from Rochester, New York, who had been employed by Stickley from 1903 until his sudden death from complications caused by alcoholism on 2 January 1904. However, shortly before his death, an article, 'How to Build a Bungalow', was published in the December 1903 issue of The Craftsman that included exterior and interior elevation drawings and floor plans of the bungalow, as well as the detailed information needed by a clever builder to erect such a structure. There is, however, no evidence that the Ellis bungalow was ever built until, exactly ninety years later in 1993, John Bryan had it constructed at Crab Tree Farm. It stands in precisely the place where the original farmhouse, designed by the Chicago 'Prairie School architect Hugh Mackie Gordon Garden (1873 1961), once stood. In 1972 this building too had fallen victim to fire, but its loss provided the perfect site for Bryan to complete his Arts and Crafts collection by building a correct Arts and Crafts bungalow. Known as the Ellis House, after its designer, it is furnished throughout with eleven Donegal carpets as well as Ellis furniture and a number of contemporary reproductions of Ellis.

Although the Arts and Crafts movement began in England with William Morris (1834-1896) around the 1850s and therefore precedes the American Arts and Crafts movement with Gustav Stickley (1858-1942), the English movement becomes the background for the American Stickley went to England in 1897 in order to acquaint himself with the theories and concepts of John Ruskin and William Morris. Unfortunately, Morris had died the year before, so the two men never met, but Ruskin and his followers were alive and well and so were Morris's doctrines, his philosophy, and the movement itself. Thus Stickley took in first hand what he saw and even went so far as to adopt Morris's motto "Als Ik Kan" (if I can), which Morris had in turn 'borrowed' from the 15th-century Flemish painter Jan Van Eyck "Als ich kann" (as I can). Stickley combined this motto with an image of a joiner's compass that had been the trademark for master craftsmen carpenters during medieval times, as well as his signature and date for each object made in his workshop.

Stickley's enterprise in America limited itself mainly to furniture production, together with light fixtures, metalwork and designs for needlework, but it is currently thought that his workshop did not produce textiles and carpets. However, articles and illustrations in The Craftsman would suggest to readers suitable interior treatments for a Craftsman home. These suggestions included mention of the decorative arts and would therefore include appropriate carpets and rugs.

According to The Craftsman, the countries or locations where one could find the production of suitable floor coverings included England, Ireland, and Scotland, the Southwestern United States, Minnesota and New Hampshire, and even India with its 'druggets'. All are addressed within the various chapters of Arts and Crafts Rugs for Craftsman Interiors.

When surveying the existing corpus of Arts and Crafts rug and carpet publications I am struck by the narrowness of the usual approach to the topic. This is where this book differs so markedly and also for the fact that the authors have brilliantly used The Craftsman as a direct guide, not only in its written text but also by visually connecting it to superb extant examples from a private collection, that of John H. Bryan at Crab Tree Farm. The combination of seasoned authors and specialists who have studied their respective topics exhaustively is another great plus for this book, which is an absolute must for the library of any scholar, archivist or devotee of School' Arts and Craft furniture, textiles, and other artifacts.